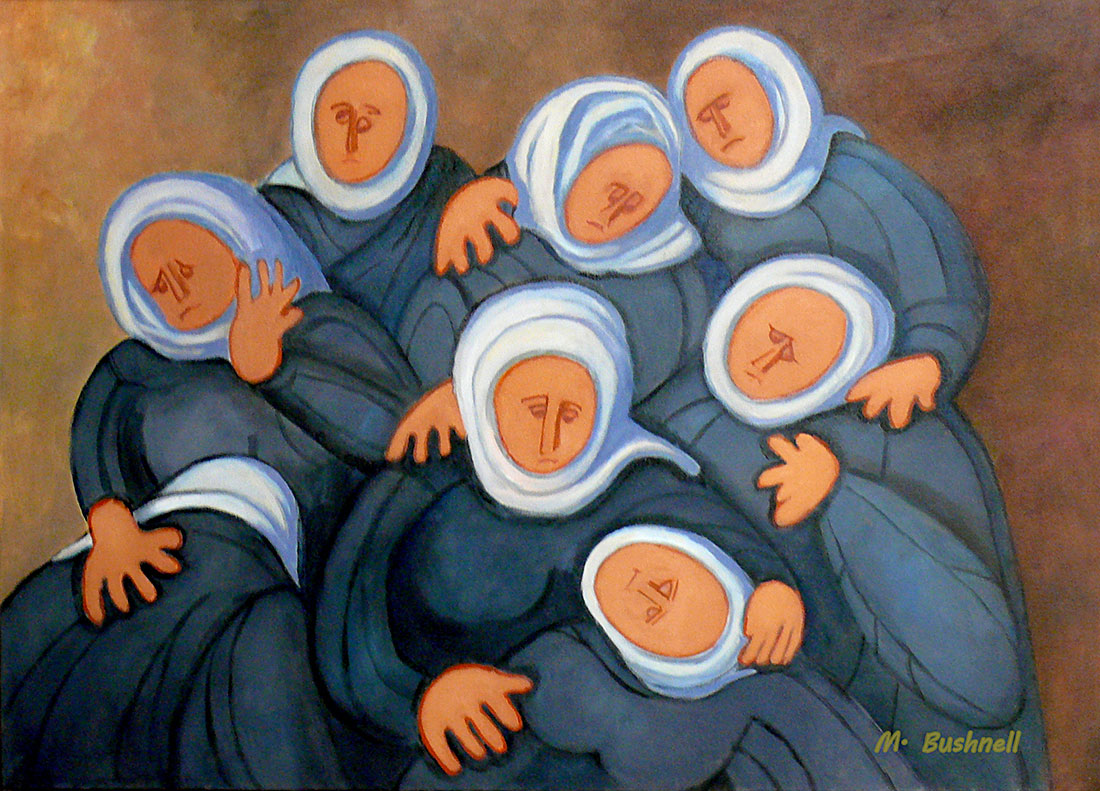 Isis, in 2014, began military action against the Yazidi peoples, a Christian minority group who refused to convert to Islam. They captured over 4,000 Yazidi women and girls and after killing the men, they distributed the women as sex slaves for their fighters, and auctioned large numbers in slave markets and online, to raise money. Isis bombed Yazidi villages causing 40,000 refugees fled into the Sinjar mountains where they had no water, President Obama ordered bombing of Isis sites and air-dropped water to the refugees. Britain, the Kurdish PKK, and Kurdish Protection Units (YPG) also intervened. The international community and the UN voted to condemn Isis for genocide. The women, who were rescued, were suffering shock and many committed suicides. Some were rejected by their families and communities. Their personal grief is the subject of my painting.