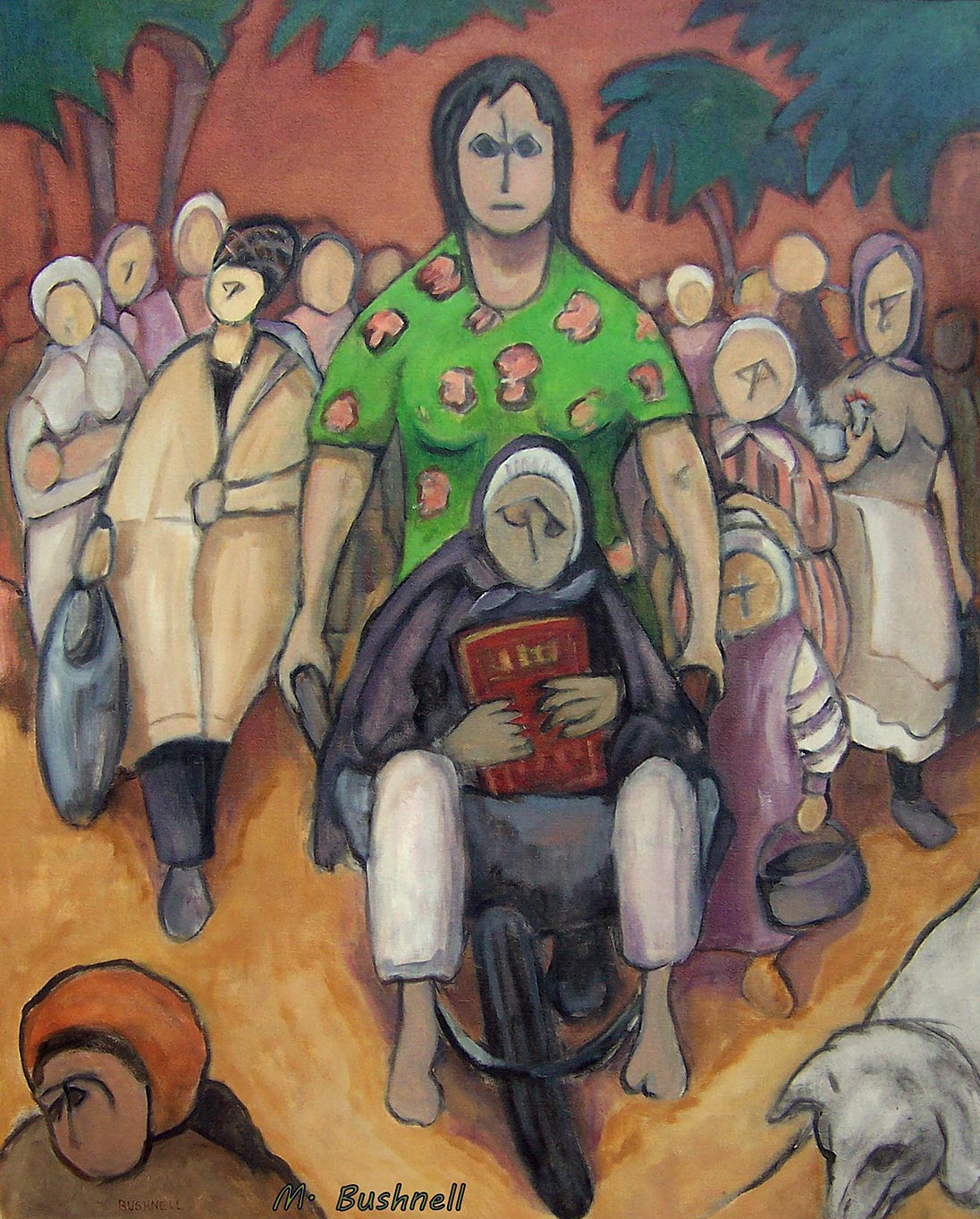 Fleeing the Nicaraguan death squads, these brave, defiant Athenian-like women marching out of the painting, are determined to overcome the brutal terrorist policies of soldiers trained and financed by the US to fight communism under the Reagan administration. The Reagan administration’s propaganda campaign tried to build support for the contras, even as they continued to attack civilians. Congress banned US support, but the Reagan administration continued it covertly and it was known as the Iran Contra Affair. Liberal priests and nuns were killed and thousand uprooted from their homes. Many fled to America.